Beyond the Valley of the Murderdolls 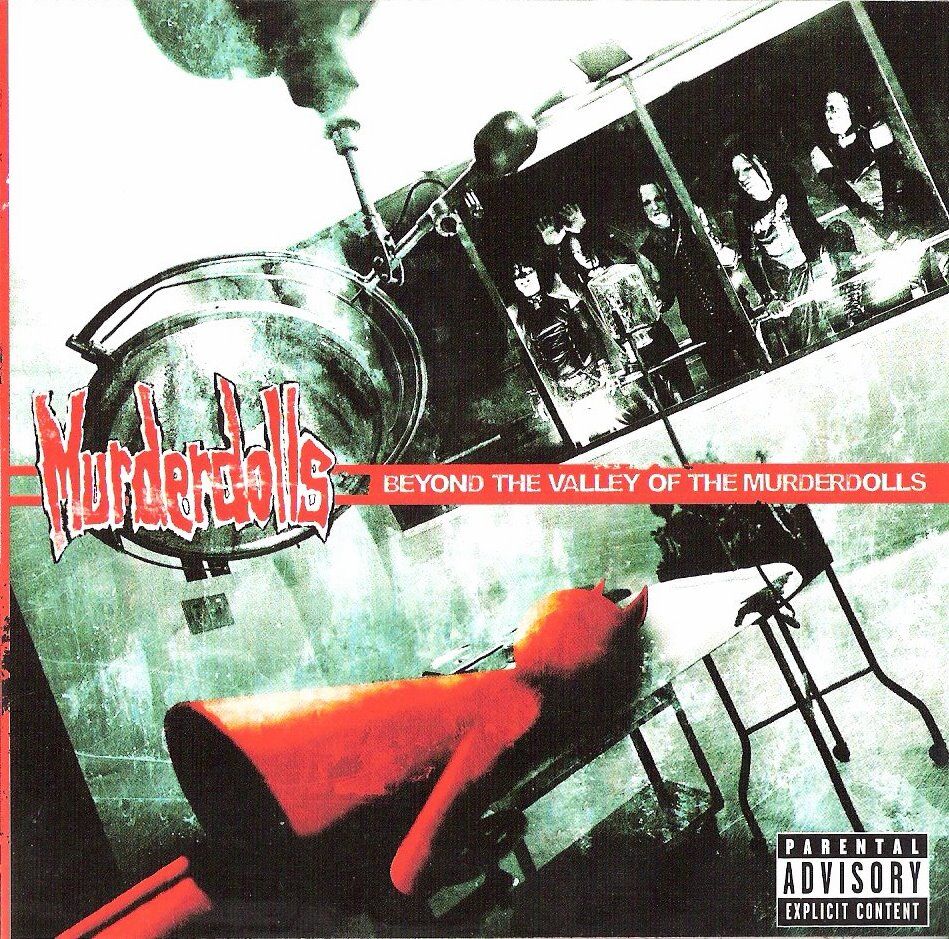 Beyond the Valley of the Murderdolls is the debut album of rock band Murderdolls released in 2002. It was released on Roadrunner Records and reached #40 on the UK Albums Chart.

The original pressing of the album featured 16 tracks, with a later re-release containing additional bonus tracks.

On September 23, 2003, Roadrunner Records issued a re-release of the "Beyond the Valley of the Murderdolls" album. It featured six bonus tracks, including a single they had recently recorded, which was a cover of Billy Idol's "White Wedding".

"Welcome to the Strange" (Japanese and American Special Edition) - 4:19

Following the bonus track special edition, Roadrunner Records re-released the album, with an extra DVD feature as well as the bonus tracks. It was put in stores on October 21, 2003, featuring four videos. The cover remained the same as the one which was released a month earlier.

In total 12 of the tracks were previously recorded by Wednesday 13's band Frankenstein Drag Queens From Planet 13 and 1 from an earlier band Maniac Spider Trash, some of the lyrics were rearranged as well as song titles for the Murderdolls project (For example "Hooray For Horrorwood" was renamed "Dead In Hollywood"). Wednesday 13 did however write all of these tracks.

The album title is a reference to the Russ Meyer film *Beyond the Valley of the Dolls*. The track "Twist My Sister" pays homage to the glam metal band Twisted Sister. Joey Jordison played most of the guitar on the album while Tripp Eisen performed the leads. Jordison also played drums on the album while he and Wednesday shared bass duties. Ben Graves and Eric Griffin feature in the album art but joined the line-up after the album was recorded. Tripp Eisen later left the Murderdolls and was replaced by Acey Slade who was featured in the artwork for the re-released versions. Murderdolls performed two tracks, "197666" and "Dead In Hollywood", on the WB show, Dawson's Creek.