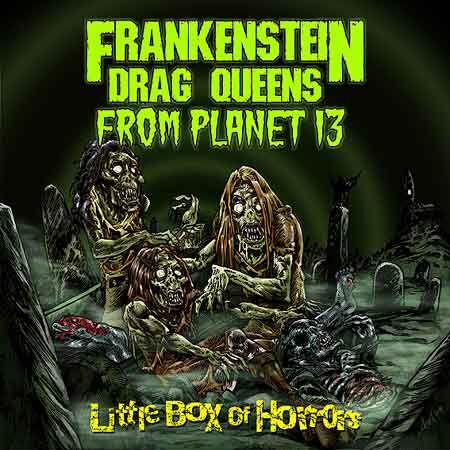 Little Box of Horrors is a box set released by North Carolina glam metal band Frankenstein Drag Queens From Planet 13 on May 9th, 2006, on Restless Records in the USA and People Like You Records in Europe on May 29th, 2006. However, the Europe version feature different artwork, and comes with an exclusive keychain, poster, and 26-page booklet, in a limited edition of 2666 and the first time The Late, Late, Late Show was reissued by People like you. The American box art for the box set was drawn by Eric Pigors.

The box set contains all four full-length releases by the band, all with their original artwork (American version). It also contains a fifth disc, entitled "Rare Treats", which features demo versions of many songs, as well as other rare songs by the band. The American release is accompanied by a DVD, entitled "The Transvestite Chainsaw Massacre: Live '98", which features footage of 9 songs performed live at Ground Zero, in Spartanburg, South Carolina, in 1998.

See: Songs from the Recently Deceased

The Band line-up at the time of the concert filmed for this DVD was as follows: